It’s common to feel affected by changes in the weather and seasons - we all have certain times of year that we enjoy more or less than others, for a variety of reasons. You might find that your mood changes when the weather gets colder or warmer, or notice changes in your energy levels, sleeping patterns or eating habits.

On this page, we will explore SAD in more detail, including the causes and symptoms as well as the treatment options available, including counselling.

What are the symptoms of SAD?

The symptoms of seasonal affective disorder are similar to those of depression, but they occur repetitively at a particular time of year. Everyone experiences the condition differently but, at its most severe, it is a seriously disabling illness, causing a variety of side effects.

In addition to symptoms of depression, you may also:

What are the causes of SAD?

The exact cause of SAD isn't fully understood, but it's often linked to reduced exposure to sunlight during the shorter autumn and winter days. It's also possible that some people are more vulnerable to SAD as a result of their genes, as some cases appear to run in families.

Circadian rhythm is the term used to describe physical, mental and behavioural changes which follow a 24-hour cycle, usually responding to light and darkness in an individual’s environment. Correctly timed rhythms work to regulate mood, sleep, wake, appetite, digestion and energy, all of which are usually timed on certain light cues such as the sun.

When our circadian rhythms are off balance, for example, when we wake during the winter without the signal of morning sunlight, the body does not produce the hormones we need to help us wake up and feel active. This can result in us feeling tired, moody and sluggish.

As it gets darker during the winter, the pineal gland begins producing melatonin, a hormone which signals to our body clock that it is night time and time to sleep. When the sun rises in the morning, it sends a message to the pineal gland to stop producing the melatonin and, thus, we wake up.

In people with SAD, however, the body may produce melatonin in higher than normal levels.

Serotonin, sometimes referred to as the body's feel-good hormone is a hormone that affects our mood, appetite and sleep. It takes its cues from natural light, so a lack of sunlight can lead to lower serotonin levels. This explains why dark winters result in lower serotonin production and subsequently higher levels of depression.

Scientific evidence also supports this notion as evidence has been found which proves serotonin levels increase with exposure to bright light.

The onset of SAD is most common in individuals aged between 18 and 30 years old and, although it does occur in both northern and southern hemispheres, it is far less common in those living closer to the Equator, where there are consistent and long daylight hours.

Because the UK is situated in the higher latitudes of the northern hemisphere, we experience significant changes in the levels of light between summer and winter. This seasonal change in light combined with dark and gloomy weather, lifestyle and environmental factors all mean that more people than ever before are suffering from SAD.

If you, like me, struggle in winter, don’t be hard on yourself. Although you may not be able to change the way your brain is wired, there are many things you can do to help you not only get through winter but to enjoy it too. You don’t have to suffer until spring.

- Read: ‘Feeling SAD? Some thoughts on how to tackle the winter blues’.

It is thought that, in the UK, around three in 100 people experience significant winter depressions - symptoms will begin between September and November and may continue until spring of the following year. But, it is also thought that a small proportion of people actually experience these symptoms in reverse - the onset of warmer weather and longer days triggers their depression; symptoms may begin around March, continuing into the autumn.

It is thought that susceptibility to other types of depression including winter SAD is a likely cause, but longer days, too much sun and even higher temperatures may also play a significant part. To find out more, read SAD in the summertime.

What treatment options are available?

There are a number of treatment options available for seasonal affective disorder, including cognitive behavioural therapy and light therapy. Antidepressants such as selective serotonin reuptake inhibitor (SSRI) drugs can also be an effective way of reducing depressive symptoms and can work well when used in combination with other therapies.

Your GP will recommend the most suitable treatment option for you, based on the nature and severity of your symptoms. This may involve using a combination of treatments to get the best results.

How can counselling help?

As one of the most prominent side effects of SAD is depression, there are various talking therapies which are typically used to treat depression, that are also effective for SAD. Counselling gives individuals an opportunity to discuss their feeling openly in complete confidence.

Don't sit in the darkness alone with distressing emotions; try to reach out to others so that you can bring some light into that part of your world. You might also think about therapy of some sort. Counselling offers a warm, safe, shared space with another human being, where the inner darkness can be explored together.

Therapy often involves discussing how you feel about yourself and others, as well as endeavouring to find out whether anything in your past is influencing how you feel today.

Cognitive behavioural therapy (CBT), a combination of both cognitive and behavioural therapies, involves changing the way you think and the way in which you respond to certain thoughts. It is thought that this method of treatment works well for seasonal affective disorder because much of the focus is placed on changing the way you think and behave, so that a situation no longer makes you unhappy.

The process of CBT involves focusing on current issues (instead of investigating the root cause) and, more often than not, will break problems down into more manageable sections which can be described as thoughts, emotions, physical feelings and actions. All of these aspects have the ability to influence one another, for instance, the way you think about certain things can influence how you feel on an emotional and physical level and, ultimately, can affect your behaviour.

Cognitive behavioural therapy helps you to identify and understand negative patterns of behaviour so that, eventually, you can break the negative cycle of altered thinking, feelings and behaviour and implement a more positive sequence. CBT treatment will involve a number of sessions with a qualified therapist who will form an individual treatment plan tailored to your needs.

If you would like to find out more information about counselling, CBT and the various other therapies that are available, visit our types of therapy section.

As we know, a lack of light in the winter months is what causes an excess of melatonin and reduction in our serotonin. However, a process which can rectify this mix-up and alleviate any symptoms of SAD is exposure to a very bright light which emulates summertime levels of brightness.

Light therapy is a treatment which involves exposure to very bright light for up to four hours every day. Ordinary domestic light bulbs are not strong enough to provide the recommended levels of brightness so, instead, a light box can be brought in which emulates the effects of a bright summers day.

Light therapy should begin in the autumn when you begin to notice symptoms and then be used on a daily basis throughout winter. Whilst in front of the box, users can carry out normal activities such as working at a computer, reading, writing or eating. The effects of treatment will usually be visible within three or four days and symptoms will further improve with continued use.

What should I be looking for in a counsellor or psychotherapist?

There are currently no laws in place stipulating what training and qualifications a counsellor must have in order to treat seasonal affective disorder (SAD). However, the National Institute for Health and Care Excellence (NICE) have developed a set of guidelines that provide advice about the recommended treatments.

In terms of psychological treatments, NICE recommend that SAD be treated in the same way as depression, which may involve psychological treatments (like CBT) and/or medication. In regards to light therapy, NICE recommendations say patients should be aware that there is no substantiated evidence for it's effectiveness in the long term, however it does no harm and can be used as a complementary therapy.

Depression in adults: recognition and management

Yes i agree to all these goals mentioned here

Private online consultations with verified doctors in all specialists
Thank you for subscribing with us.

Thanks for Your Love

Private online consultations with verified doctors in all specialists 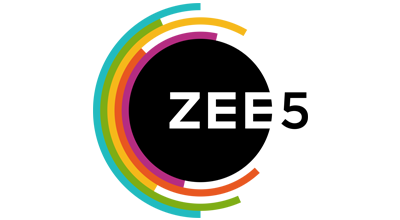 Disclaimer: The information on this site is not intended or implied to be a substitute for professional medical advice, diagnosis or treatment. All content, including text, graphics, images and information, contained on or available through this website is for general information purposes only.